Autumn comes, the summer is past and the trend for theatre perfomances stays strong in the capital. With so many events going on in Kyiv each month, it’s hard to pick what to do and where to go.

To help you out, we’ve selected theatre perfomances in the capital, whether you want to laugh from the heart, learn everything about the unknown side of any performance, experience bright emotions and get unforgettable impressions of going to the theater.

The old maid of forty Maureen Folan can not even afford a moment of rest. And that’s because of her mother Meg, who seems to have decided to turn her daughter’s life into hell at any cost.

However, Maureen also does not remain in debt. Family wars of two lonely and in their own unfortunate women are gaining new momentum, for which, however, it is interesting to watch. And the final, as always, will not be commonplace.

“Queen of Beauty” by Martin McDona is a special piece in which humor gives off a slight “peppercorn”. This sensual melodrama, and philosophical history, and hard grotesque, generously flavored profanity.

10 September 2019  SPECTATORS ARE FORBIDDEN TO ATTEND A SHOW

In the Kiev Theater, dramas and comedies put on a work with the unexpected title “Spectators are forbidden to attend a show!”

This is a unique chance to penetrate theatrical scenes and to see the performances in the way that the audience never see. Is it possible to call the life of an actor of the “double play” theater? What connects real life and theater? And what secrets hides backstage? You will find answers to these and other questions by coming to this performance.

The Black Square project, which is wildly popular. Sex is a very specific concept with which everyone has a relationship. Intimate. Intimate – Does not mean covered in darkness of vulgarity, brutality or dirt. Intimate means soft, light and so painful that you’re just afraid to talk to someone about it. All. It’s time to end with these things. The Black Square project is ready for an open conversation. Through sketches, present about It.

How does a man and a woman find themselves in the same bed? What is worth doing and not saying? And what happens to yourself? What happens next? What is changing inside us after all this? Here are the questions of this project to which the actors will seek answers.

Kiev Theater of Drama and Comedy invites you to the play “Intimacy”. Frankly about the modern relationship of men and women.

The statement tells about the features of married life on the example of two couples. Moreover, their stories are intricately intertwined in the performance, forming unexpected knots … You will meet a young master of the pen, Dan, seduced by the bright stripper Alice. Moreover, the young writer would love to start a love affair with Anna, a fashion photographer. There is still such a macho Larry. Anna is his girlfriend, but the guy has time to meet Alice too.

Such a confusion, which lovers cannot figure out on their own. Truth is no longer to be found, and it is not worth it: the denouement is close. And it will surprise you!

“My Wife’s Husband” is the comedy performance, which by its spontaneity will make you forget about everything.

Imagine, you cook dinner, wash. And all this with unnatural inspiration in connection with the arrival of your beloved. Suddenly, a stranger man rings at the door, posing as a relative of your second half, the existence of which you first learned… It turns out that he is really a relative. He is your wife’s husband!

If you have not seen really bright comedies for a long time, “My Wife’s Husband” is exactly that performance, which by its spontaneity will make you forget about everything

A musical comedy based on one of the most popular American musicals “Producers”.

Broke producer with his partner come up with a scam. They collect money from investors to deliver a failed performance in the hope that no one will come for the money.

What came out of this, you will learn by visiting the enchanting comedy musical “Spring for Hitler”.

“Defective People” is a dynamic and highly specific comedy. At first it seems that the plot is built on the principle of a traditional love triangle.

But, delving into the history of the characters, the viewer is convinced: this is not such a simple relationship. Director manages to maintain a delicate balance of sympathy in the hall, not allowing audience to give preference to one of the participants in the events described. Hence the incredible versatility of the unusual story of the heroine of Tamara.

The performance is so dynamic that it seems you can feel its pulse. Laughter, tears, replacing each other, give rise to a variety of situations on the stage. But they all add up to a clear plot.

In the play a lot of fragmentary thoughts, understatement. She is in everything. But instead of words, actors use emotions that will tell you so much more.

Each of us has a first love. The first, but not the last. In most cases, the second appears behind it. And what if the first has not left yet, and the second has already appeared? A love quadrilateral where two men and two women try to figure out what to do with love and how much she lives.

The performance is, of course, a comedy, but with a sentimental, emotional aftertaste. Bright performance will lift your spirits even after the most tedious work week.

The performance will present a new version of historical events that took place at night at the cottage of the notorious dictator. According to one of the great philosophers, history can have two repetitions: the tragic and the comedic. So you are waiting for the option when history repeats itself in the form of a farce. Although there will be no historical reconstructions. And everything will spin in unexpected ways.

The focus is on top managers of a country that is no longer on the map. Their hectic fun is like the games of carefree teens. But over time, such a pastime becomes very dangerous and even creepy …

A strange party, played out on stage, will completely absorb the attention, and you will feel the extraordinary nature of the unique cocktail of farce and thriller. 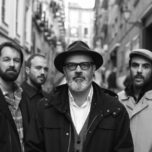 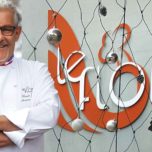 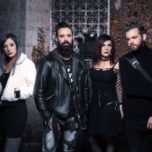