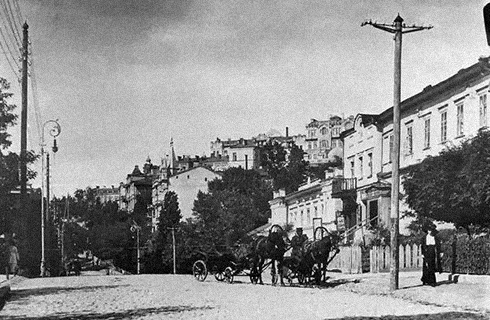 Globe Runner occupies a building with an eventful history located on a street which was paved in the late 1890s and named Svyatoslavska after Prince Svyatoslav Igorevich, Grand prince of Kiev, who ruled in the 10th century. Afterwards, the street changed names several times.

1899 – The construction of a 4-floor building as the main house of an upmarket residential complex on 4, Svyatoslavska Street. Apart from the main house, the complex comprised three outbuildings in the yard and belonged to nobleman Zmiyevskiy. The main building was made of bricks and featured a cellar. The whole complex served as a commercial property offering both living accommodation and working spaces.

2015 – The street was renamed in honour of Vyacheslav Lypynskiy, a Ukrainian historian of Polish origin, a social and political activist, philosopher and writer

The building itself is an architectural wonder, from the Kiev Renaissance period with a strong historical character, designed by Russian architect, Nikolai Gordenin.